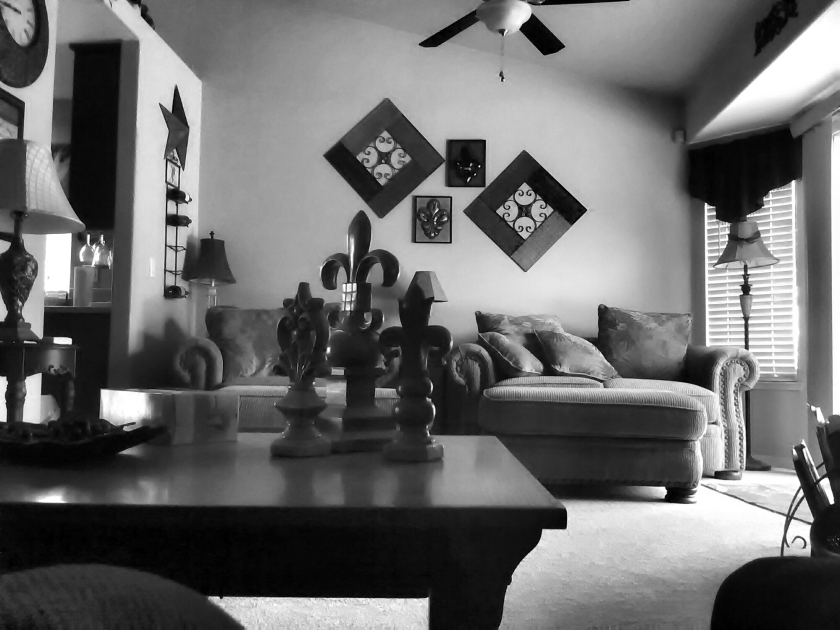 I was invited to visit my grandfather’s aunt. I jumped at the chance because it’s a new area thus I can take a ton of photos of new environments. I was able to go past my hometown so saw a lot of familiar sites that have been ingrained into my memories. It was a very enjoyable experience. His aunt’s house was stellar it was too big for her to live alone it.

But his family is very weird due to a fight all his aunt’s and mothers didn’t talk to each other for decades. They still don’t communicate. It wasn’t until my grandfather went to pick up some pizza a few months. His aunt was standing in line and the two talked for the first time in about 20 years or more. It’s complicated so let’s not dive into it too deep.

The focus on the shot was how much stuff was in her house but no people. It was filled with items but appeared so empty at the same time. It reflects heavily on how the owner of the house lived before her stroke. That is what I wanted to portray in this shot but it’s true meaning depends upon the viewer.

I will be posting more than once a day after today. I have a lot to share so be prepared.